Euclid Star Tracker STM
HYDRA V3 Star Tracker STM
The “EUCLID Star Tracker STM project” is a project carried out by Astronika for Sodern (France). The project objective is to deliver the Structural Thermal model of the HYDRA Star Tracker that would be used for the Euclid mission. HYDRA CMOS Star Tracker by Sodern is a high performance, flight proven system, an evolution of SED26 star tracker with over 100 successful mission deployments. Its modular design and exceptional robustness make it a great choice for various mission scenarios. ESA’s Euclid mission will map the geometry of the dark universe by investigating the distance-redshift relationship and the evolution of cosmic structures  by measuring shapes and redshifts of galaxies and clusters of galaxies out to redshifts ~2, or equivalently to a look-back time of 10 billion years.

Astronika’s enginners designed chosen mechanical and electrical components of the STM and performed mechanical and thermal analysis of the whole device.  Astronika was also responsible for manufacturing and integration of Star Tracker assembly. Complete assemblies were subsequently tested  during the thermal-vacuum and mechanical test campaigns. All elements of the design proved to be compliant with the requirements given by the customer.  During the project all necessary mgse’s, egse’s and harnesses were manufactured in-house. Completed Star Tracker model will be used during the system level testing for the Euclid mission. 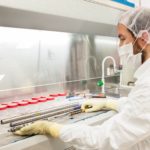